his scene discovered in 1823 illustrates the flamboyance of the Japanese warriors. Notice the tiger-skin saddle blanket of Shōni Kagesuke. Later in the fourteenth century, some warriors would go so far as to dye their horses in bright colors and stripes and spots. Also, as Japan did not have tigers, it shows that luxury trade existed between Japan and the Asian mainland. Finally, notice how Shōni Kagesuke is sitting on a box that contains his armor.

The commander Shōni Kagesuke is sitting on the box that contained his armor, and which is decorated with his family crest. Likewise, the commander Adachi Morimune also has his armor placed next to him, along with arrows and a quiver, which also was used to store food. 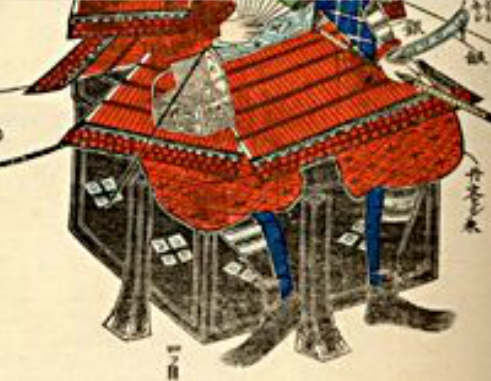